Hey folks! Today I am here with another excellent tier list about a great game. Today’s topic will be the 7DS tier list. You might be familiar with the Seven Deadly Sins manga Nanatsu no Taizai. This game is an adaptation of the anime series, providing all the fun-filled gaming experiences to the gamers out there.

In addition, all your favorite anime characters are available for you to play. We promise that the game will still be enjoyable to you regardless of whether you are a fan of the anime or not. The creators have done a fantastic job of building a rich universe with distinctive characters and unexpected experiences.

This tier list is purely subjective, with no room for negative remarks. However, we are always open to positive criticism and friendly comments. All the characters are placed in a specific tier based on their skills, abilities, and usefulness.

You might find your favorite characters in a lower tier or perhaps some characters that you may not like in a higher tier. This is all a part of the game; we all have our likes and dislikes. It is good to have a different point of view, though. So, we would love to have your precious comments on whether you like this article or not.

As you play, you’ll be thrust into the battle with Meliodas, Hawk, and others of the 7ds group. Whether or not you’ve seen the anime, the tale contains beautifully vivid images and graphics that will pull you in. Aside from the general Story mode, there are people to see and Quests to complete in each Village, as well as more to do in your Boar Hat Tavern.

Completing such Quests is among the essential methods to advance in this game. You’ll also need to conquer particular Episodes to unlock new material. New quests will be presented at the upper right of your screen when you are not in a fight or menu. There are five fundamental quests, which you may find in the Quests Navigation guide.

Quest prizes are essential for progressing in the game. If you only have time for one activity, make it a point to finish all daily Quests along with active events. On rare occasions, a four-week quest event called Hawk’s Pass would be enabled.

There are daily, and weekly assignments available with this unlock. Because most of the everyday Hawk’s Pass objectives overlap with standard daily Quests, it is advantageous to claim those prizes each day. Round-based fights are the main focus of this game, with each turn requiring you to do various actions based on each Hero’s available talents.

These abilities are mirrored in the chosen cards and added to your hand each round. The 7DS tier list explains multiple cards that can be merged to unleash more decisive strikes or even ultimate moves, accompanied by stunning cutscenes. Battles are usually pitting two teams against each other.

The 7 DS tier list is ranked from S tier to D tier, with S tier heroes being the finest in the game and D-tier heroes representing the worst. In all reality, you shouldn’t even bother with B-tier units. However, if you want to engage in this game for a while, you’re nearly sure to get some of the best troops eventually.

If you are a beginner, the most familiar issue you will encounter is being shocked by the number of characters available. Some characters that appear strong at first may turn out to be weak later on, while the ones you believed were weak may be the ones carrying you through the final stuff. Don’t be concerned. This is when our tier List comes into effect. We’ve ranked these characters by tier so you can see which ones are good or characters or which ones should be ignored.

Without further ado, let’s get started. 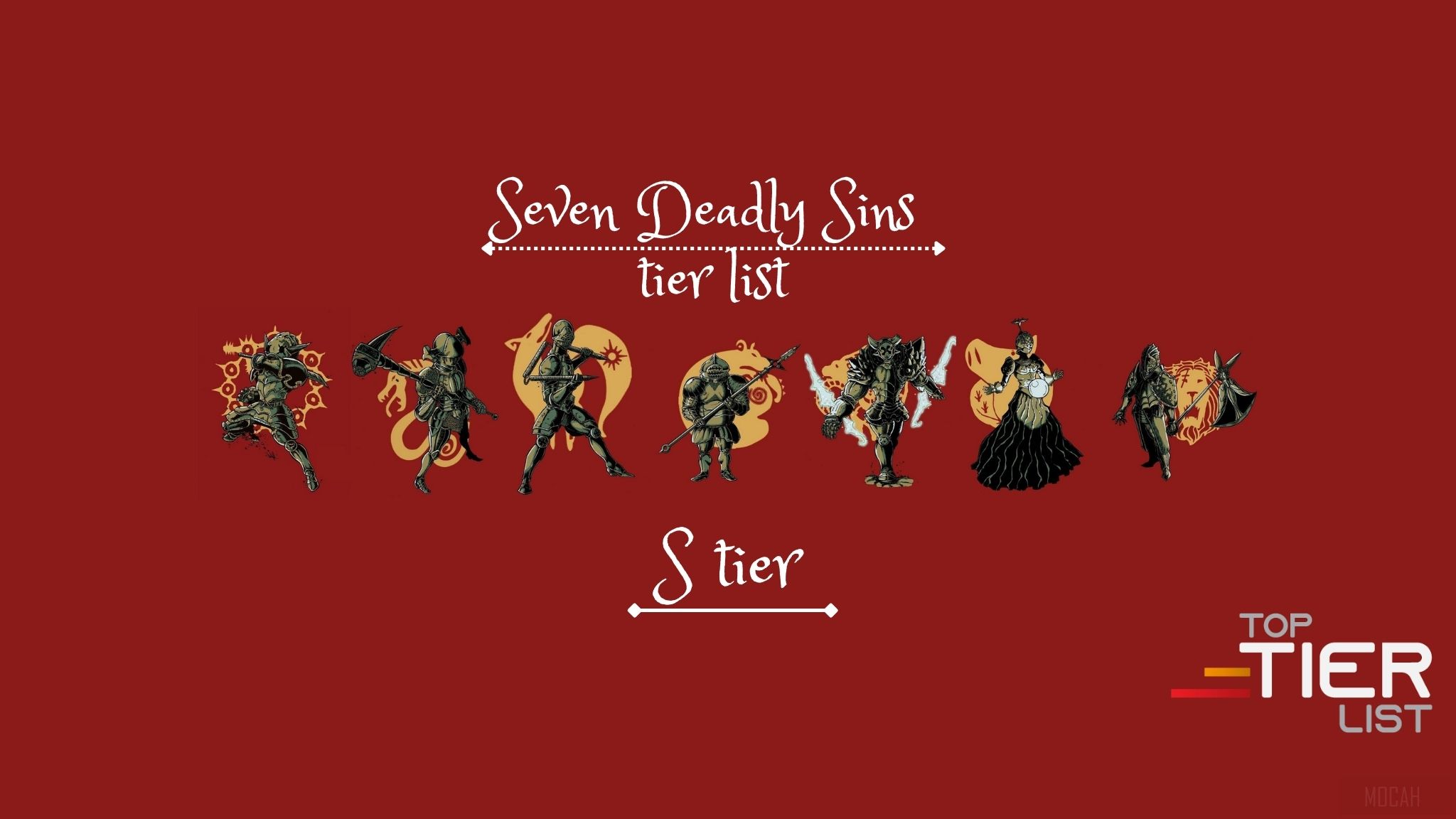 The absolute finest units in the game are at the top of our 7DS tier list. If you get them through gacha, use all of your resources to strengthen them and include them in your squad. They are, without a doubt, the finest characters in the game and will make a fantastic complement to pretty much any content. 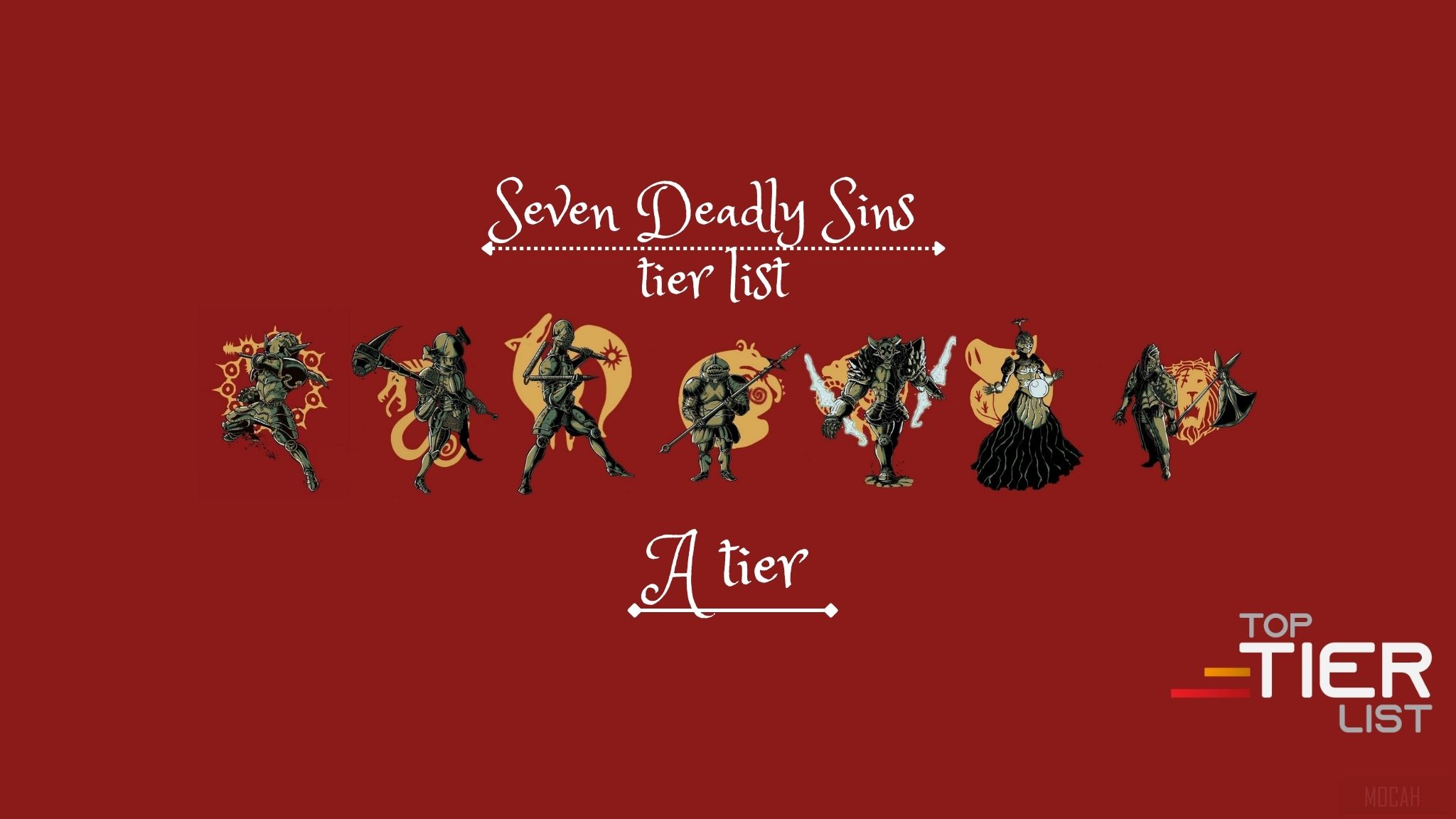 The A-tier troops are still a relatively strong candidate for the best characters in the 7DS tier list, even though the S tier units are slightly superior to these. They can be utilized for practically any material without a doubt and are by no ways weak; in fact, they are pretty robust. So don’t hesitate to improve them as soon as possible; you won’t regret it. 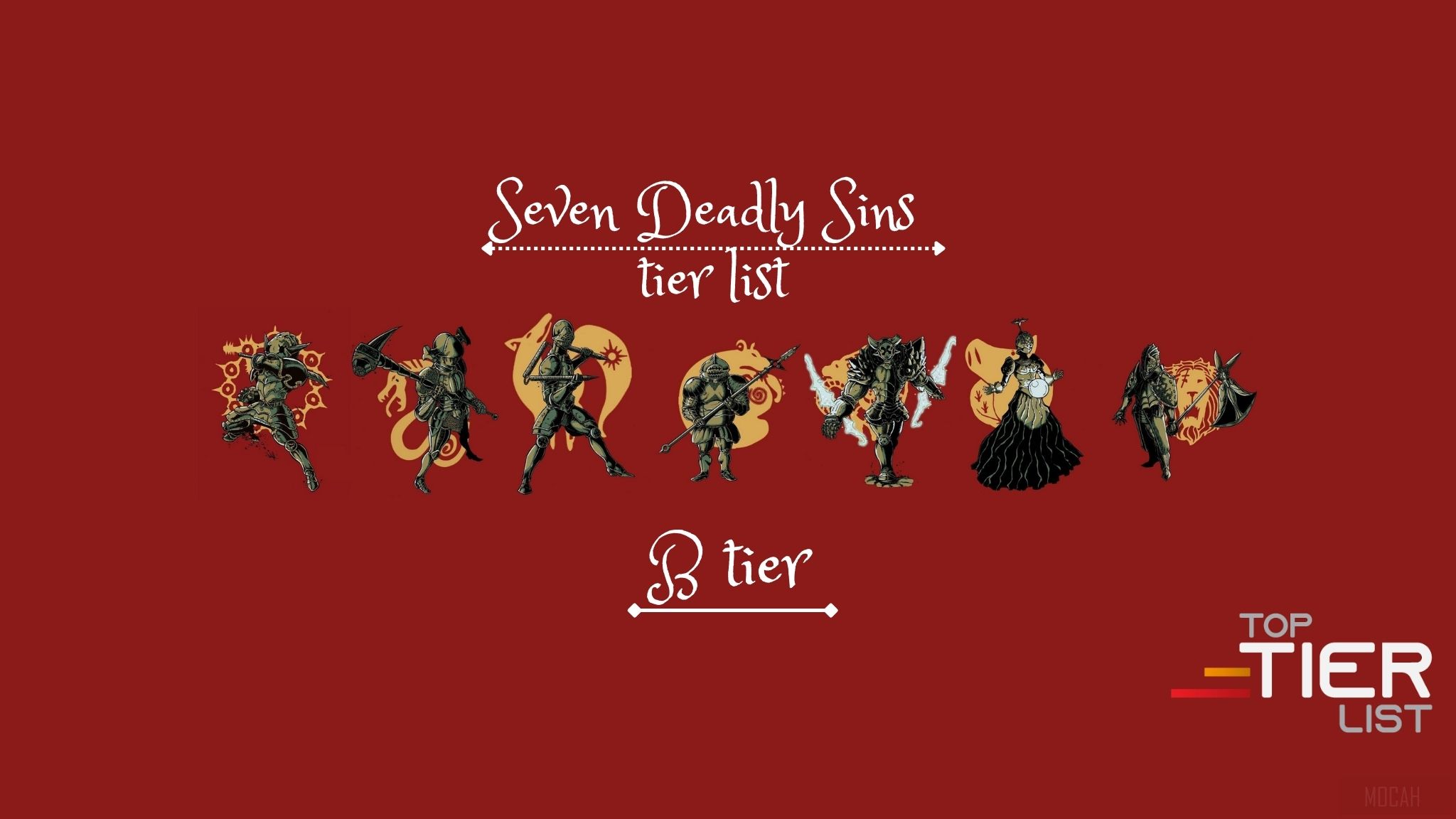 A-tier units of the 7DS tier list are in the middle of the spectrum. They aren’t particularly outstanding, but neither are they subpar. Most of the time, they excel in particular situations or perform well in the early going. They won’t become obsolete, so you may devote some resources to them while you find better ones. Overall, strong troops with good skills. 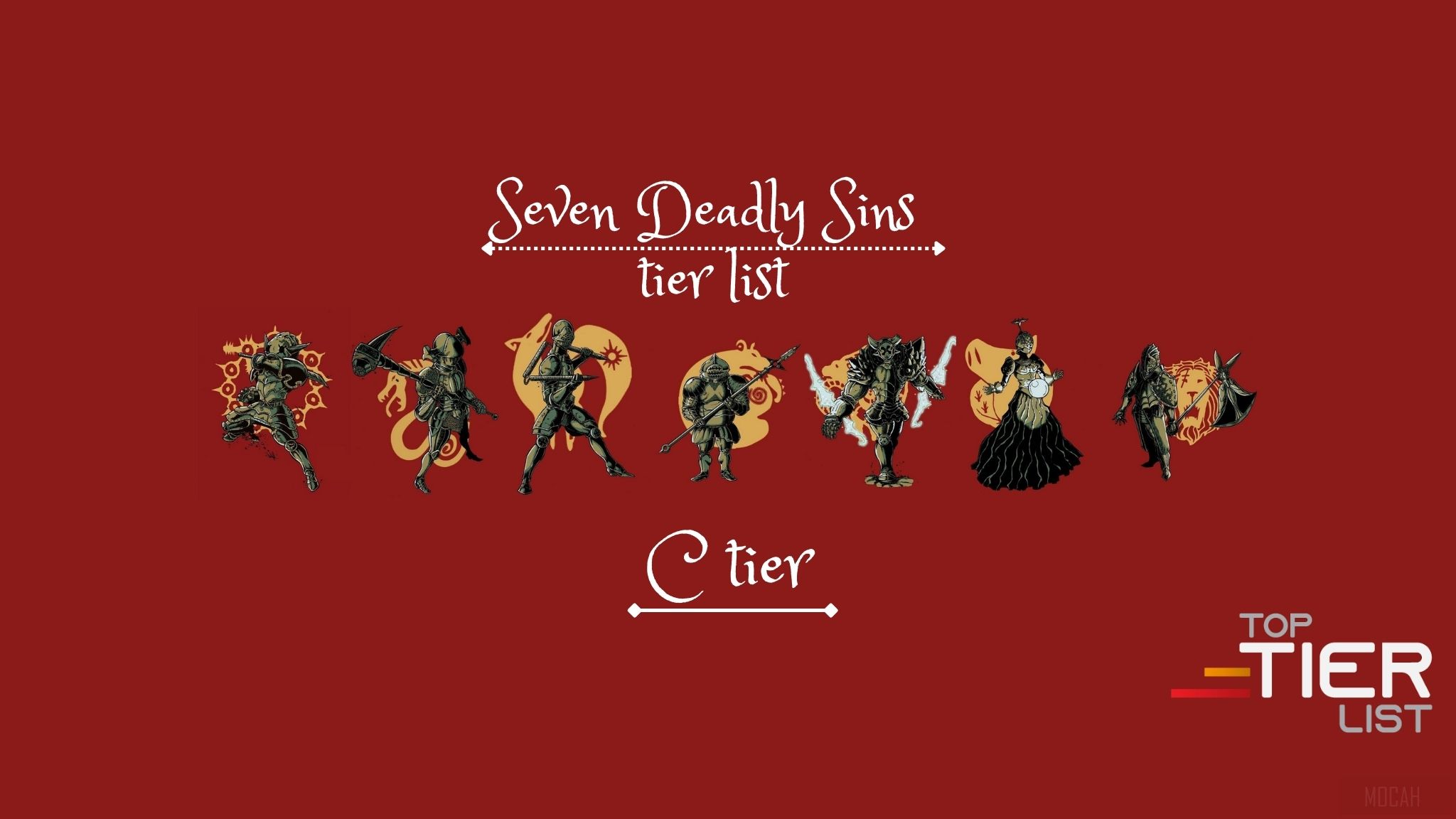 The B tier of the 7DS tier list contains characters who are in the center of the field. They are not exceptional, but they are not even that great—but they are also not subpar. You’ll most likely use these until you find better ones, at which point you’ll swap them out immediately. Some, like Ban, may be passable in certain situations or around the middle to end of the game, but they won’t truly stand out. So again, we advise against spending more money than necessary on enhancements for them. 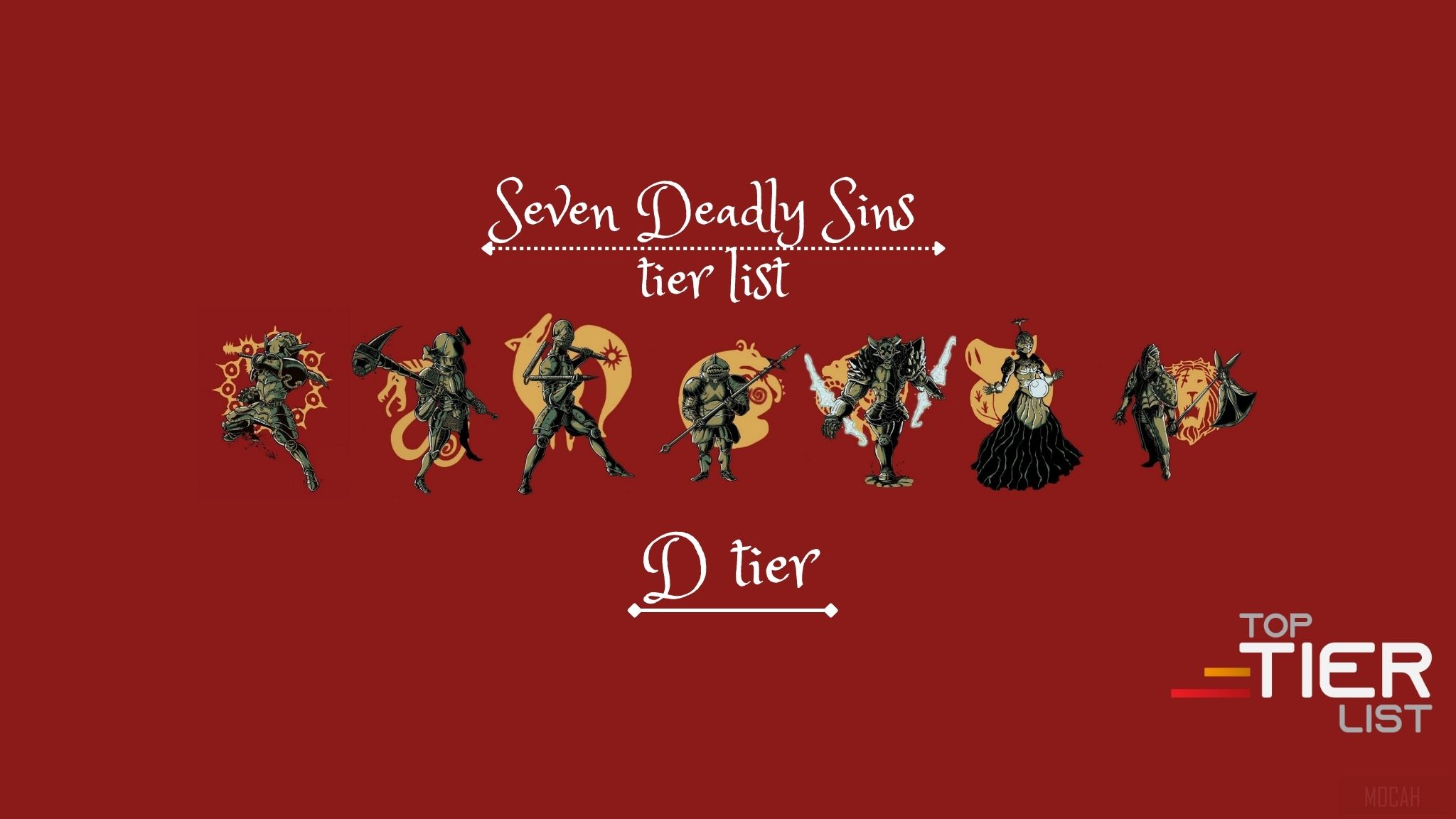 The D-tier characters of the 7DS tier list are somewhat below average, despite being practically the poorest troops in the game. Although they may appear attractive, they aren’t so robust. We wouldn’t suggest squandering your money on them. It is preferable to exclude them entirely and utilize A or even B tier units in their place. 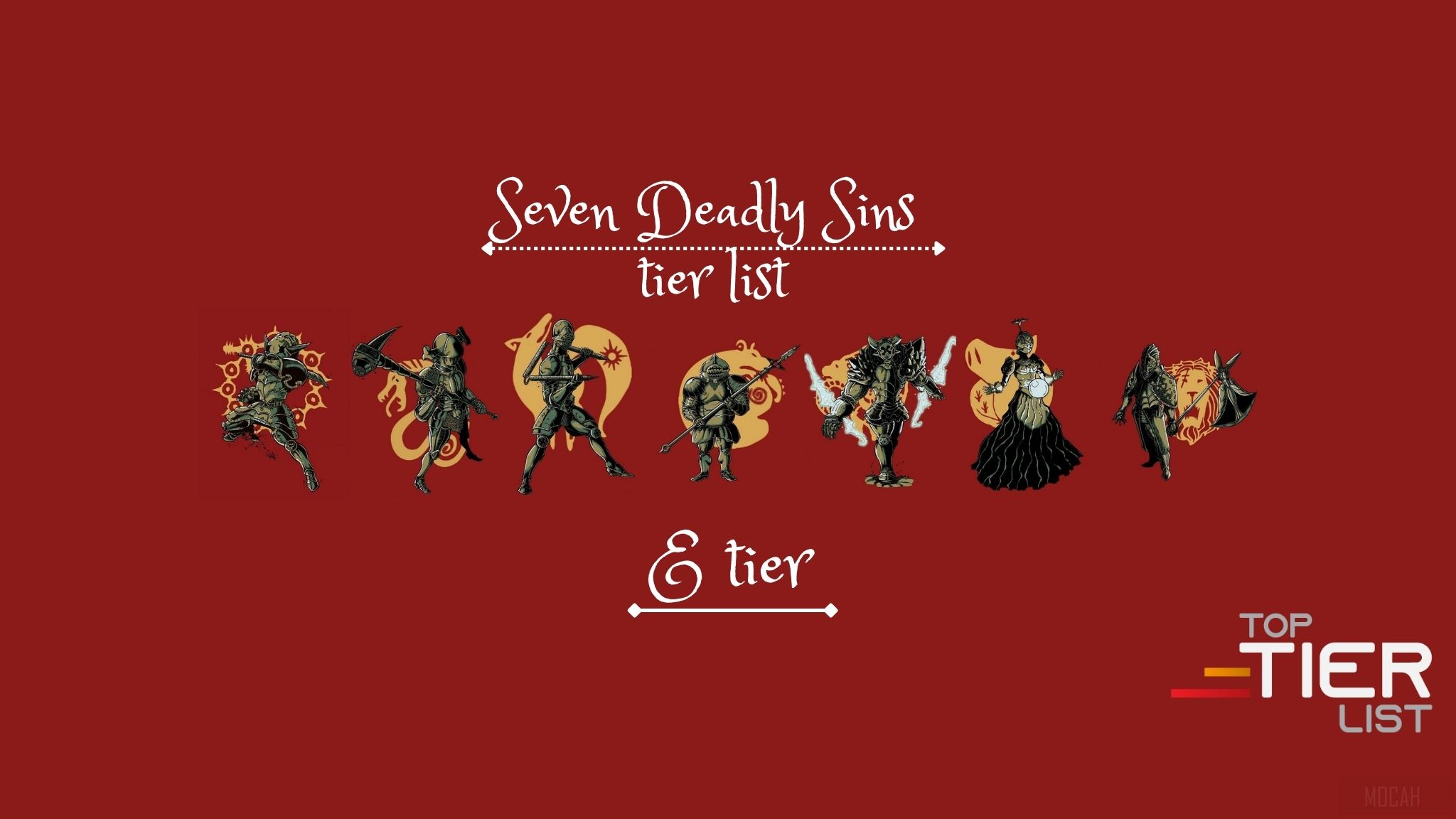 Various in-game currencies are available in Seven Deadly Sins Grand Cross, which may be obtained through package purchases or grinding/farming. The Free-to-Play Guide contains recommendations for harvesting in-game cash without spending money. Gems are the most complicated money to get. However, you may obtain them free by participating in daily login incentives, daily Quests, quarterly PvP rankings, and select monthly or weekly events.

Keep an eye out for events or Quests that provide Gems, as these are rare and most valuable types of cash. The primary purpose of purchasing Gems is to participate in random gacha draws. In addition, various banners will boost your chances of obtaining certain troops, some of which are related to limited-time events.

Gacha may be purchased separately for three gems or in a package of 10+1 draws for Thirty gems. There’s also a daily bargain that gives you one draw for watching one ad. When you fail to extract an SSR troop from the 10+1 bundle, a “pity bar” (bonus gauge) will grow by 20%. When it hits 100%, your following bundle will always include an SSR unit. Each banner comes with a unique bonus gauge.

Step Up events gacha pulls are similar; however, they lack bonus gauges. Instead, each stage features a variety of prizes and bonuses, and a loyalty metre is shown at the top of each screen. These usually include assured SSR coins at certain phases or loyalty levels.

You will unlock a hero each time he appears for the very first time in the gacha pull. After that, whenever the Hero comes in gacha pull, This will transform it into a Coin. The coins earned may then be used to level up that Hero’s Ultimate Move.

It is a must to have a little know-how about the game before playing it. You will get a brief idea of some minor facts about the game that many players might neglect. Therefore, we will tell you all about the guides to have while playing.

You may view all accessible daily chores and unique events from the Quests menu. The Cooking assignment for free endurance and the Open Stage or PvP Fight Festival actions for free diamonds should be completed daily. Even if you only need to finish Death Matches or PvP Fight Festivals a certain amount of times, it’s still valuable if you have the time to do them all.

Each user is limited to six triggers for normal Death Matches daily, alternating between the Red Devil, Gray Demon, or Crimson Demon. Bellmouth may be activated three times per user during Hell Death Matches. While visiting villages or other non-battle screens, for example, leaving your game open can allow other players to send invites that do not count toward the user’s daily cap.

This is a productive method of gathering supplies for Death Match. Additionally, even though the user can’t yet take on the Hell level of the basic Death Matches, donning specific costume sets will offer gift chests with extra costume-enhancing materials. For instance, the Red Devil, Gray Devil, or Crimson Demon Howlex will be guaranteed by the New Year’s sets when Elizabeth, Jericho, or Meliodas wear them while completing Boss Battles.

Wedding outfits for Zaneri, Jenna, and Elaine will provide more Costume enhancement items while farmed a Red Devil, Gray Devil, and Crimson Demon Howlex in normal Death Matches played on the Hell difficulty. Last but not least, after clearing Death Matches while wearing her Valentine costume (up to six times per day), Derieri will award one arbitrary Costume Enhance Materials Box. This may also be combined with the event of Death Matches.

This tier list will provide you with intensive information about all the characters from the game. Thus providing a better and easy selection process so you can save your precious time and energy. I hope this will be helpful for you while playing this incredible game.

We want to ensure that you start with a reasonably solid roster when ranking Grand Cross characters. To determine whether to keep pulling and when to reroll, you must know which heroes are the greatest in the game. The greatest heroes are often found in the S tier and A tier. Therefore if you can reroll several times, you should go for these.

The main adjective of the tier lists we produce is to provide our viewers with excellent guidelines and choices they might have forgotten even about their favorite categories. All our writers firstly gather extensive information regarding a respective topic, and a tremendous amount of time and energy is given to every single article, after which a whole team of seniors is assembled who have the responsibility of picking out even the slightest errors in the article.

All the writers here have to do much research even before writing a single word. As this tier list is not made for ourselves but for our dear viewers, we make sure that what we provide here is liked throughout in abundance.

This takes out a great deal of energy and time. However, these are not just utter words; instead, these are the treasure of wisdom, research, and consistency that leads to creating a whole article for your ease and better selection of the specific category.

It is fascinating with excellent cutscenes, interesting and distinctive fighting systems, and a strong focus on theatrical RPG aspects. The game has a dedicated fanbase worldwide and a very positive score on both the App Store and Google Play.

How should we limit breaks in the game?

What is the maximum level in 7DS?

The game has four character rarities, each with another maximum level cap: R: Lv. 30. SR: Lv. Reaching these levels is not that hard, and if you put in the right amount of time with a good strategy, you can easily get there.

What should be a farm in 7DS?

Utilizing your Gold SP Dungeons Key in the nearby SP Dungeon is the most excellent way to farm gold on the 7DS. The gold strategy is there on several websites, but the best way to do it depends on you and how you play the game, so don’t go out looking for gimmicks.