In this article, I will be telling you guys all about the players of a fantastic game called Destiny Child. In the Destiny Child Tier List, I will rank all the players from best to worst in the form of a tier system, starting from the S tier and coming down to the D tier. This ranking will be based on these characters’ usefulness and abilities in the game.

You can download Destiny Child on Google Play and the Apple App Store. The term ”Childs” refers to a group of characters that players may choose from to fight against in story missions, events, and PVP. Shift-Up is the company that created and published Destiny Child. Global distribution of Destiny Child began on December 6, 2018. Although it is not a new game, it still has a huge fan following.

Destiny Child indeed is a great game. It’s understandable why so many people are charmed with it, given its unique graphic style and fascinating gameplay. There is a constant discussion regarding which characters are the best, just as with any well-known game. We’ll discuss the game’s characters in this article and give them a tier-by-tier ranking.

For all of you who are confused about which gaming characters are worthy of your time and money, the Destiny Child character tier list will be helpful. Based on the characters’ overall strength and utility, we shall group them into several tiers. This article will be beneficial to you if you want to get better at your game. We will rate the players in the game and explain why each character is in that position.

In Destiny Child, the Devil’s Fiesta questline is accessible after you complete the mission. It offers a sizable quantity of prizes and also gives you a child ticket. It is possible to complete the Questline assignments simultaneously, even without participating in the search. There are, however, some days when you must perform specified tasks. These cannot be completed in advance. The tasks you must perform for Devil’s Fiesta are listed below.

First, achieve Level 25. Then, in Story Mode, complete Normal 2-3-4. Then make twelve trips through each event dungeon. Explore the first region five times for around an hour. Then, four times consecutively, challenge the Underground. After that, participate 18 times in the PvP event known as the Devil Rumble.

Players should use an amiable gacha seven times. After that, you will be promoted to S Class and Child till 40 Level 4. Finally, remove the skill cap, please, two kids and thirty-five times levelling up a specific skill.

Even though they provide numerous unique goods as rewards, newbies typically miss tutorial missions. However, you can find them in the My Room area, and you’ll get a bonus five Stars Child Ticket by going through them all.

I advise playing the game in regular settings when you first start it. You will probably get loads of crystal, energy, cash, and onyx that aid growth if you finish the narrative the conventional way. The level of the story quest will determine how many prizes you may anticipate getting.

Remember to complete Chapter 2 since it offers drops of Crafting Material exclusive to this chapter. The most effective approach for you to raise your ”Child” is through these.

I advise playing the game again on Hard Mode after you finish Normal Mode. These will enable you to earn Mona Prizes rewards. Avoid using the overwhelming challenges of farming. Grinding through the level is typically not worth your time because they are only intended for unlocking a small number of unique rewards.

Grinding through the level is not worth your time as it results in a lot of wasted gold when you may grind other tasks. Furthermore, they are only intended for unlocking a few special prizes. You are given daily missions that you must fulfil each day. The ones to watch out for are these:

Among Lisa’s missions are nine hundred fifty crystals, 65k money, 3.3k onyx, and a blood jewel. Daily Free Summon is also a sporadic opportunity for ten free summons. A round 250 stamina, 300,000 gold, and some ammunition for armour. Try to avoid making the challenge difficult since it might be complex. This game is crucial for novices. You get five daily attempts and receive roughly 211200 coins from it.

The turn-based game Destiny Child is exciting and challenging. The quantity of material in the game is its primary draw. You may constantly learn something new in the game, whether it is through events, dungeons, guilds, or something else.

Most games in the turn-based genre have become somewhat old. However, Destiny Child’s unique features for adopting new characters and emphasising character development make the game extremely engaging. On the other hand, the game has an extensive skill curve, which makes it difficult for beginner players. So, reading this essay should significantly improve your understanding of the game.

The game’s most recent update, which the developers released on January 27, 2022, is loaded with information about the new Child, gaming features, upcoming events, and much more! A new Narrative Dungeon event occurred from January 27, 2022, to February 10, 2022. Players in this event received awards for completing the dungeon’s eight phases.

The game’s Endless Combat feature, which allows players to send 15 Child characters into a six-minute battle and get victory awards if they prevail, was first launched in July 2021. It’s an effective technique to get prizes without doing anything at all! This brings about some pretty impressive features to the game.

Let us now begin with the Destiny Child Tier List 2022. Starting with the S tier having all the best characters from this game. It ends up in the D tier, where all the worst ones are placed. All of these characters are ranked based on their skills and abilities.

This article is motivated by the Destiny Child tier list Reddit and Destiny Child tier list jp. These two platforms are the go-to places for all gamers to know about character ranking. Despite that, it involves extensive research and extensive time spent playing this game. I have a pretty excellent grip on this game as I am a consistent player and love what this game has to offer. 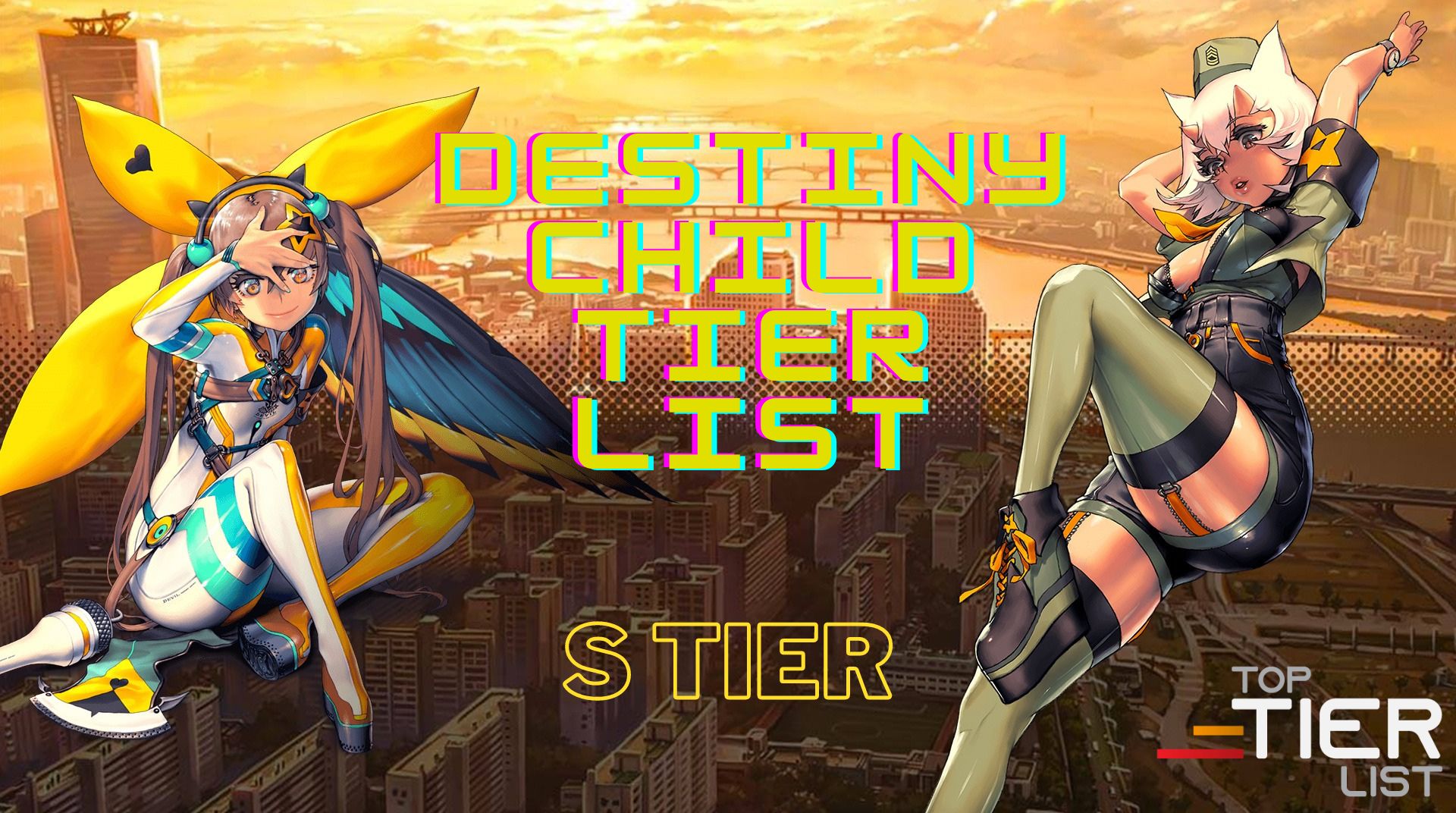 The S tier of the Destiny Child Tier list has all this game’s fantastic and superb characters. These are the most notable characters you can unlock as they’ll perform well in every scenario, whether it’s PVE, PVP, a raid, or a World Boss. These characters are without flaws, and they can accomplish anything. Put it another way, you might say that they are the game’s powerful ”Childs”. 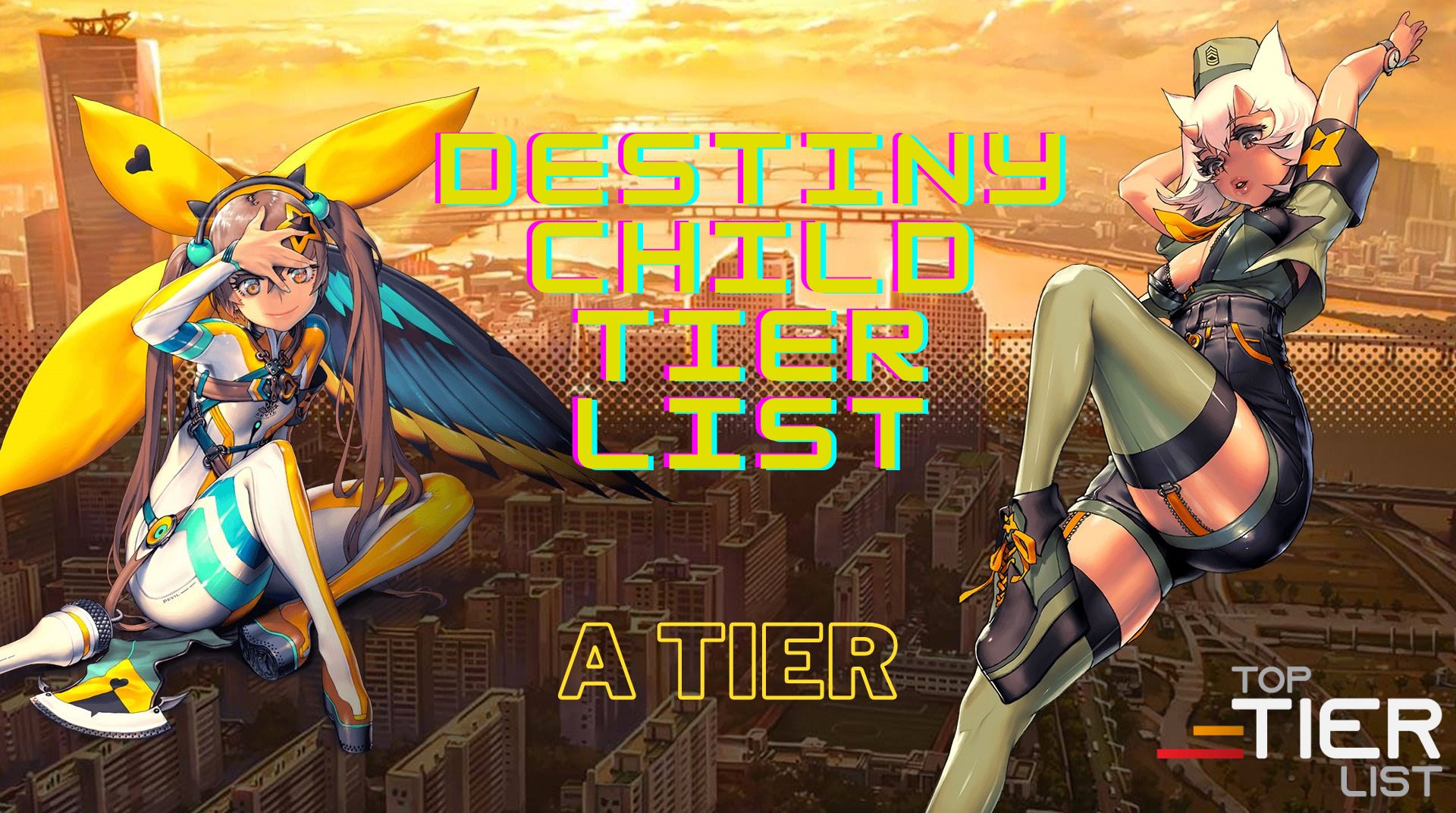 The characters belonging to the A tier are an excellent option for advancing the game. Even if they are not the most strong, these heroes are nonetheless capable of competing. In any setting in the game, you won’t have any issues interacting with these fantastic characters. 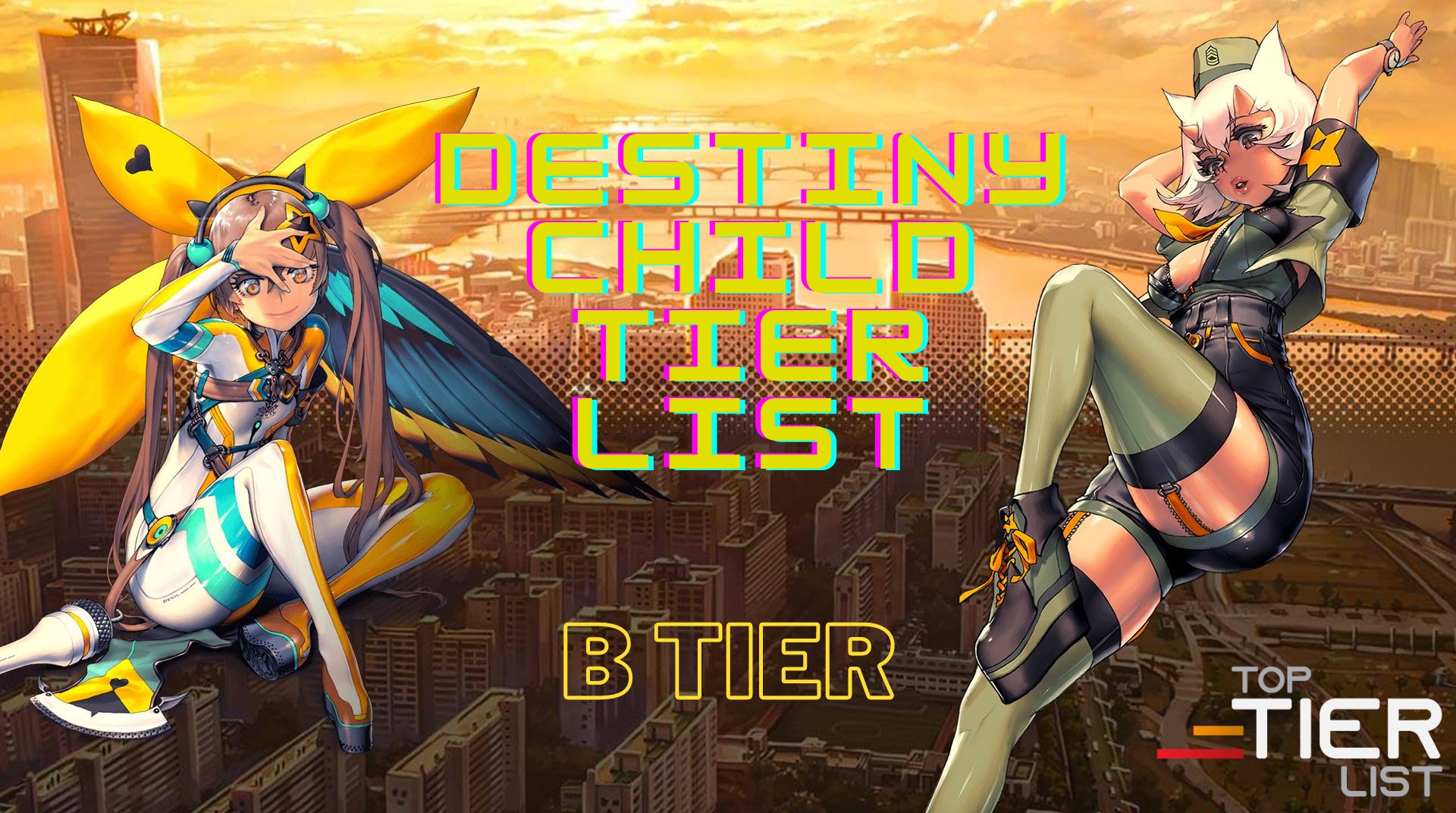 The characters in the B tier are average. These characters can be used quite well, but getting the most from them will need a lot of work on your behalf. It’s because these characters aren’t the most powerful. Therefore you can run into problems in the game’s later levels. Still, you could make them function with the appropriate configuration. 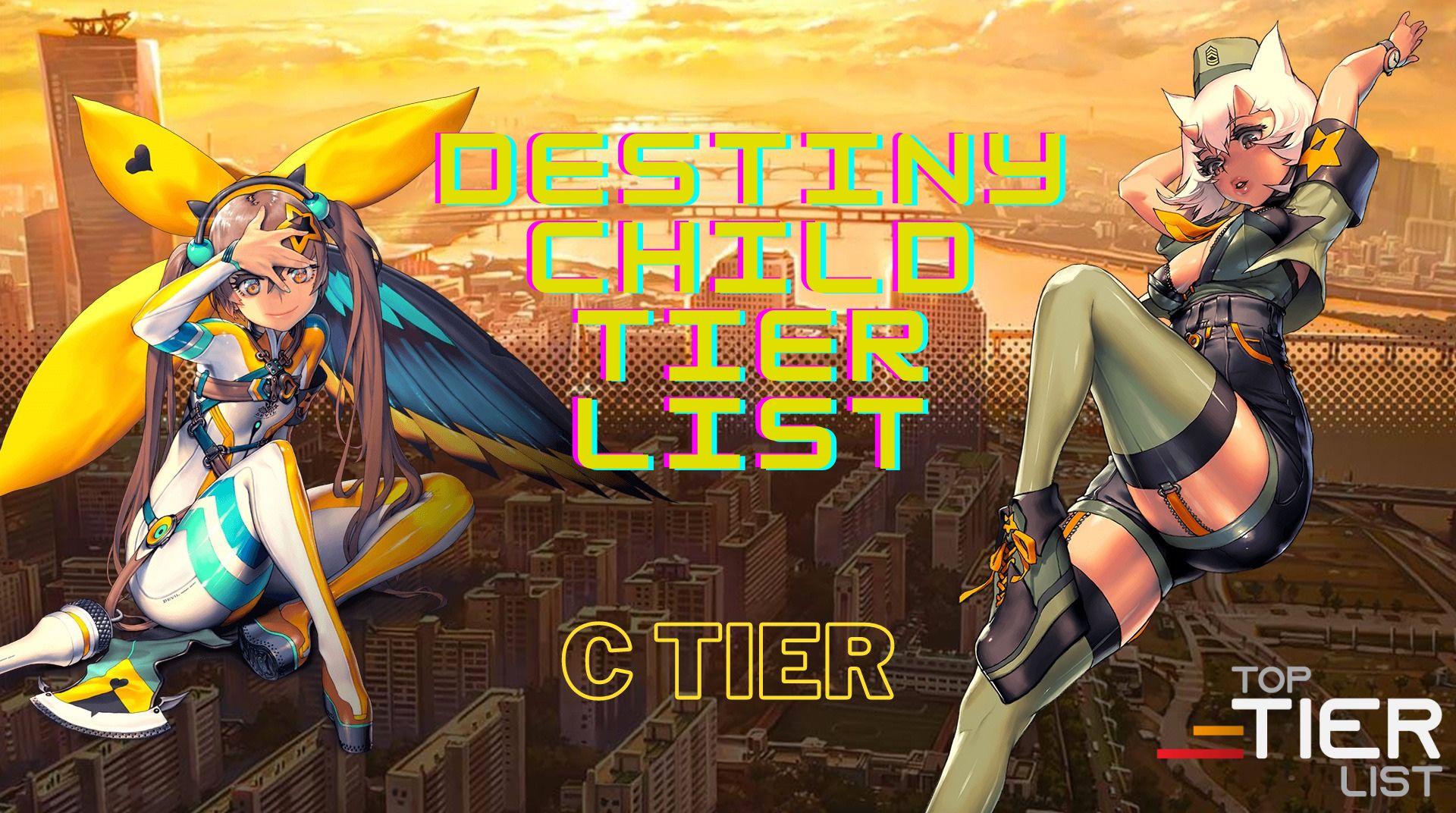 C tier characters are only tolerably developed. You may utilise them to a certain extent, but I advise upgrading to good ones as quickly as possible. These characters will have difficulty with characters found in higher levels since they lack sufficient strength. 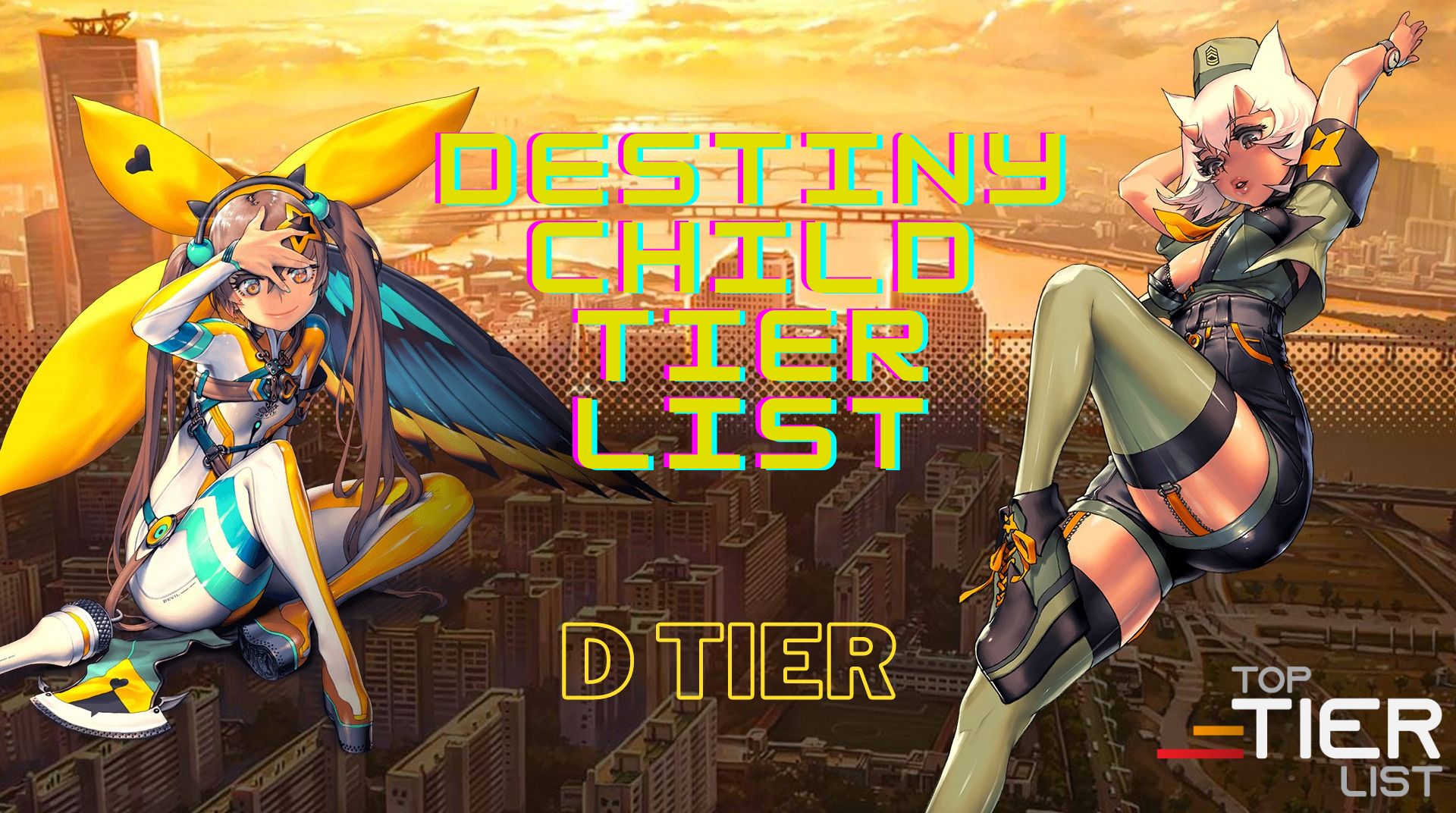 The characters in the D-tier are pretty mediocre. So only utilize the characters listed here while you have other good options. If your players fall into this category, I’m sorry; you’ll need to quickly assemble a new team of stronger ”Childs” if you want to keep moving forward in the game. 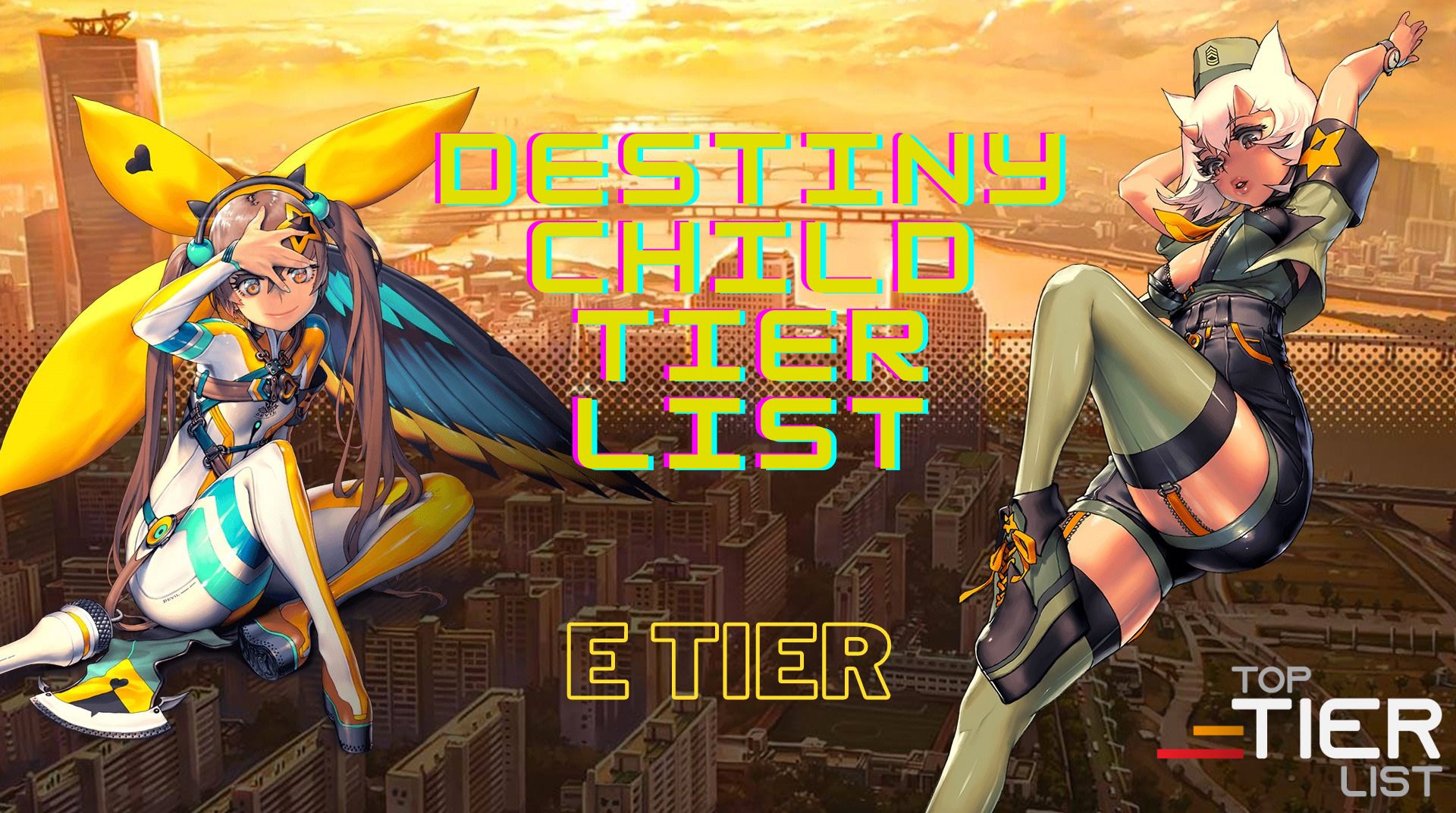 These characters should be avoided while playing because they are the worst in the Destiny Child game and almost unusable. So many better alternatives are available for you that choosing these characters would put you at a disadvantage.

The Destiny Child Tier List consists of all the characters from the game ranked from best to worst in terms of usefulness. They have been placed in the specific tiers after extensive research, and as a constant player of Destiny Child, I can assure you that this article is undoubtedly up to your desires. On the other hand, everyone has their perspective, so if you have any suggestions, you can enlighten us in the comments section.

The main adjective of the tier lists we produce is to provide the viewers with excellent guidelines and choices they might have forgotten even about their favourite categories. All the writers firstly gather extensive information regarding the respective topic, and a tremendous amount of time and energy is given to every single article, after which a whole team of seniors is assembled who have the responsibility of picking out even the slightest errors in the articles.

All the writers here have to do much research even before writing a single word. As this tier list is not made for ourselves but for our dear viewers, we make sure that what we provide here is liked throughout in abundance.

This takes out a great deal of energy and time. However, these are not just utter words; instead, these are the treasure of wisdom, research, and consistency that leads to creating a whole article for your ease and better selection of the specific category.

Most Searched Question About Destiny Child

How can I reroll in Destiny Child?

Go to the Settings menu in-game, select the Support tab and click the Delete Account option to unlink your account to make your initial game. This will reset your progress. Then, relink a new account to begin the game over after that.

How should I change the difficulty setting in the game?

It is strongly advised that you finish the narrative mode in accessible mode first and then do it again in strict mode to get the most out of the rewards that will aid your character’s levelling up.

How many currencies are there in the game?

The currencies in the game are: Gold, Onyx, Rumble Coins, Blood Gems, Crystals, and Friend Points.

What happens in Devil Rumble mode?

It’s a PvP arena where you may compete against other teams, advance in levels, and gain Rumble Coins to spend in the Rumble Shop on good evolution goods.