Xbox Planning Something With Stranger Things

Xbox is a video gaming brand owned by Microsoft, with Phil Spencer as the Head of Xbox. It has 5 video game consoles and many games and streaming services. Their online service is Xbox network, and their game studio is Xbox Game Studios. Xbox launched back in 2001, and slowly over time, they have become one of the dominant forces in the marketing of consoles.

Their latest consoles were Xbox Series X and Series S, which were released in November 2020. They have gained quite a lot of popularity, and it is evident since their showcase with Bethesda in June is getting the most spotlight out of many scheduled.

Xbox posted a story a few hours ago, and believe it or not; it is teasing us straight up with some potential collaboration between them and Stranger Things. Their story shows the text “coming soon” upside down, referring to the portal in Stranger Things and adding a creature from the Series transition from the company’s logo. 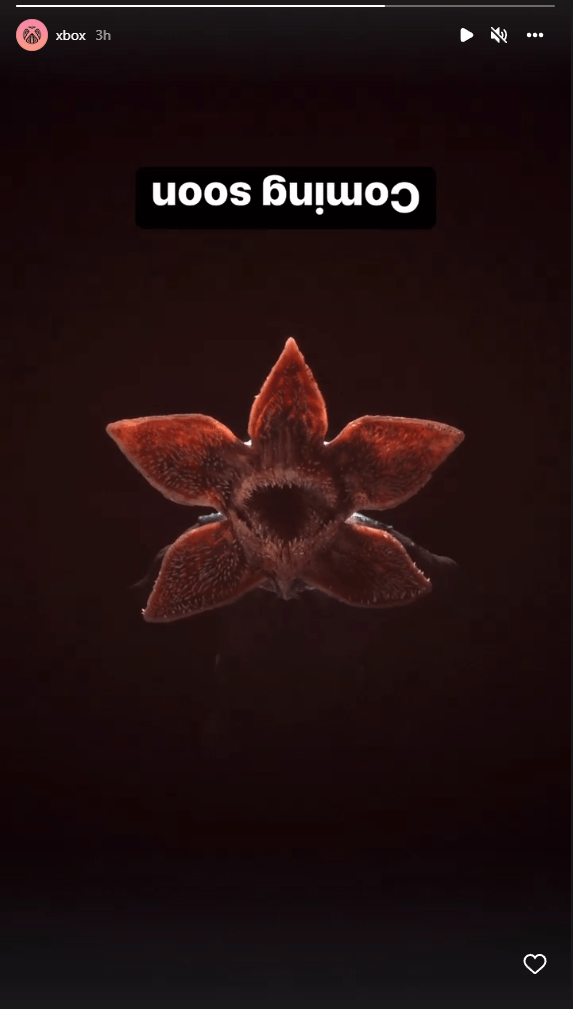 Stranger Things is one of the most popular TV series streaming on Netflix.

It is set in the 1980s in the fictional town of Hawkins, Indiana. The Hawkins National Laboratory performs experiments for the USA’s Department of Energy. However, they are also conducting experiments in secret on human beings and potentially creating awful things. One of the things they have made is a portal that opens to an alternate dimension called “The Upside Down”. This portal now terrorizes the citizens of the rural town in many harmful ways.

We might need glasses because these controllers look fuzzy.

Follow and RT with #XboxSonic2Sweepstakes for a chance to win a Sonic 2 Xbox Series S Custom Console and Controllers.

We have seen Xbox doing similar things in the past, and since this hasn’t been teased as much as some of their other stuff, we can expect it to be a usual collaboration, therefore a controller seems very plausible (and maybe a whole console with Stranger Things theme?).

Since Stranger Things Season 4 is coming up, we can definitely expect such things from different publishers, and one of them just happens to be Xbox. It would be a big surprise if they end up announcing a game, but that’s very unlikely. Still, all we can do is wait for their further announcement on Instagram. Let us know what you think it is, and we would love to hear your thoughts and discuss them below!

God of War Ragnarok suffers from review-bombing as fans of other top games leave a bad mark on its Metacritic reviews for both PS4 & PS5.

Microsoft has decided to give back to the community by reviving an old cashback program as Microsoft Cashback to the Rewards.

Fans are confused as PlayStation’s Valkyrie Entertainment assists in the development of an Xbox title, State of Decay 3.

The LinkedIn profile of a Dota 2 artist adds further credibility to some previous leaks regarding Neon Prime and its direction by IceFrog.

In this Callisto Protocol Tier List we will rank all the weapons from the strongest to the weakest in the shape of a Tier List.

This Genshin Impact Tier List ranks all the meta characters in V3.2 according to their strengths and performance in different compositions.

This Valorant Tier List ranks all the 20 agents of Riot’s esteemed 5v5 tactical shooter, based on their in-game performances and abilities.

In this Epic Seven Tier List, we will rank all the characters from the most powerful to the weakest in the game.