Halo Infinite has been one of the most popular games in the Halo franchise, and while that was for positive reasons, in the beginning, it has become more negative recent. If you are not familiar with it, it is an FPS game that is developed by 343 Industries and published by Xbox Game Studios.

The story follows Master Chief, the super-soldier fighting the enemy group “Banished” in the ringworld Zeta Halo AKA Installation 07. The multiplayer portion of this game is free-to-play, unlike the ones that came before it.

It is the 3rd game in “Reclaimer Saga” following Halo 5: Guardians. In the beginning, the game saw huge success, and the numbers of active players only grew to higher heights, but as of late, due to the many bugs, and bad excuses from 343 Industries, it is witnessing its biggest downfall yet.

It can be seen from the Steam Charts that the game has reached its lowest active players in the past month, and honestly, it is only expected to become worse. They can’t reach their peak number of 9k players, and what’s worse is how the game is now sitting at #19 in the US Xbox Most Played List.

That rank may be good for some, but for a game like Halo Infinite, which was expected to become one of the best games in history, it is a massive mess. The game had a lot of potentials, and while all hope may seem completely gone, it is possible for them to recover.

They can start listening to the player base and add many new things which the fans love, some of their recent prototype leaks; including Armament Blaster, Brute Spiker, Bandit Rifle, and the Machine Guns, already seem to confirm that they are taking one good step. 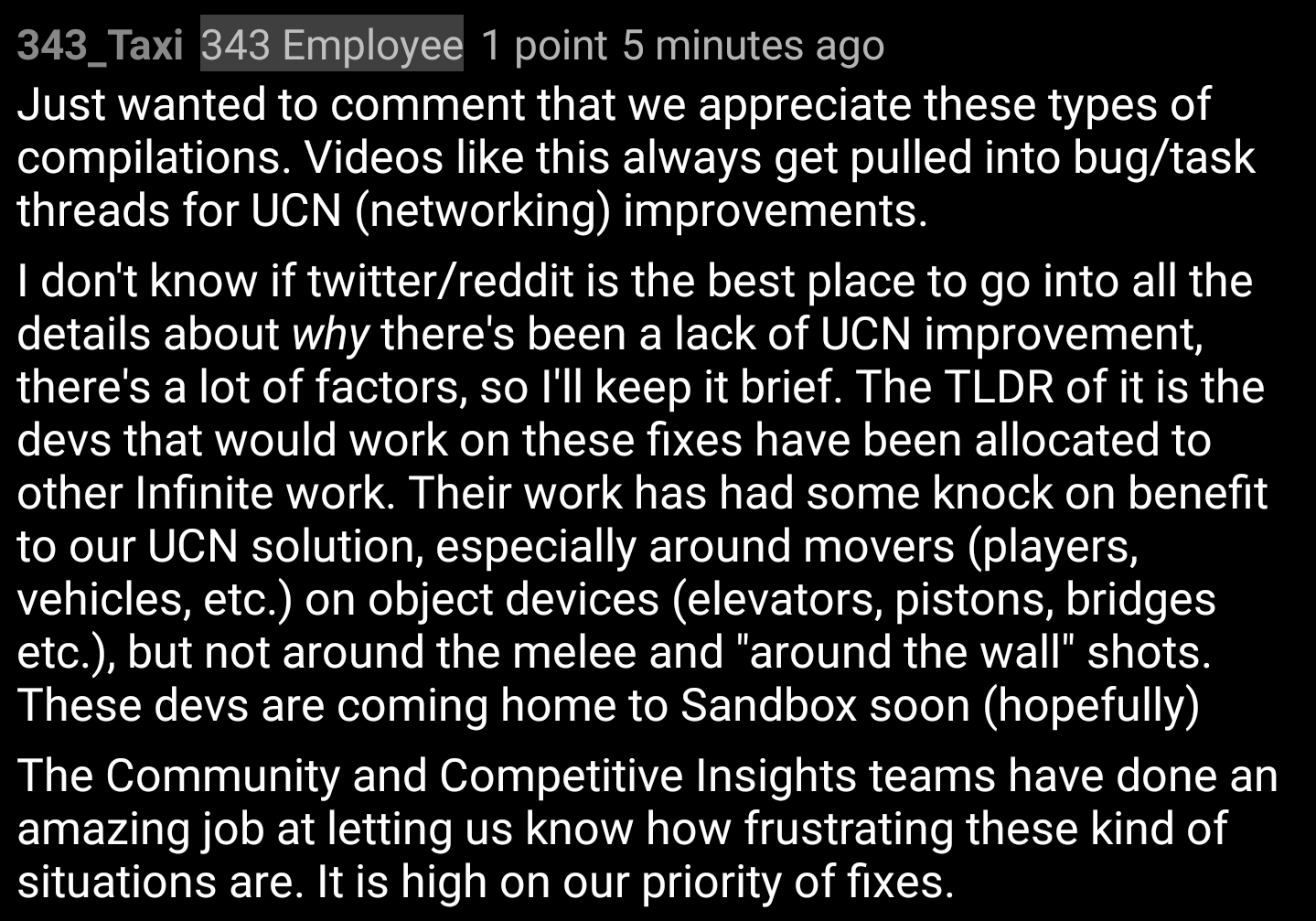 Moreover, someone at 343 gave an update on these issues, and in short, the issues are a result of allocating the developer team here and there. It has caused them major disruption, and they are hoping to turn this upside down.

The update brings some hope as we know they are listening to the players, so these bugs will be fixed sooner or later, and the game might finally be playable for many of us.

Regardless, it is a fact that they have a lot to work on, and with potential future season releases in Halo Infinite, the game may finally get better and receive more positive comments, until then, let us know your thoughts on this below, and we will discuss it with you!