Xbox was released in the November of 2001, it was the first step Microsoft took in the gaming console industry, and ever since then, they have dominated parts of it. This is evident from the fact that most of the audience waiting for the game reveals this summer are looking most forward to the Xbox & Bethesda showcase, which will be held on the 14th of June.

But we are not here to talk about that more than we already have because Microsoft has seemingly created a new Twitter account for their latest IP under the name “legends_game“. How are we so sure that it’s a new IP? Well, that’s what any company does before their project.

If that wasn’t convincing enough, you can find an azure link to the game in the account’s bio. An azure link simplifies the network route and secures the connection between the various endpoints by eliminating data exposure to the public. 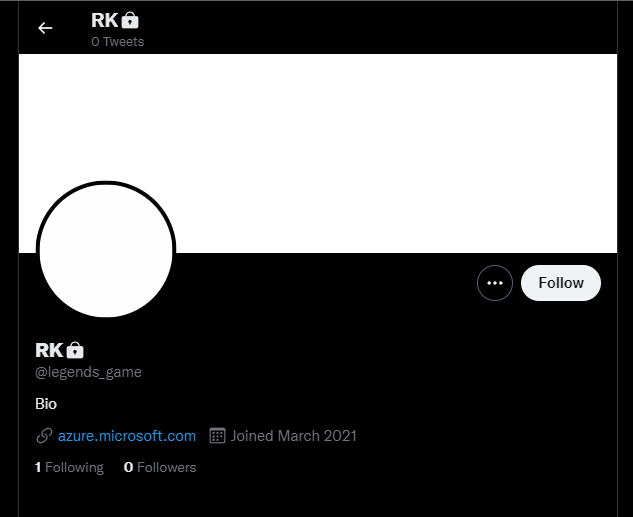 Aside from that, it is also very similar to what they did with the Minecraft Dungeons game account, which leads us to the question, is this another Minecraft project? Or a completely new game. Either way, it will take a while before we get any further information than this, but who knows, maybe Xbox will get the hint of it and decide it’s better to announce rather than create confusion.

Interestingly enough, Jeff Gerstmann, former editorial director at GameSpot, and co-founder of the gaming website Giant Bomb, said in his Twitch Stream(1:19:31) that he has seen screenshots of a new Minecraft Real-Time Strategy game.

He added that Minecraft is working on a new spin-off under a new codename. In the game, you have to play as Steve, who will be controlling the various units in the game to fight enemies, most of which are piglins and other Minecraft mobs.

There is also a whole story since he saw some cutscenes, but it should be noted that most of them are unfinished, so there is no telling when they will announce it. This new game that Jeff mentioned might be the IP we are currently talking about, but we cannot be so sure as there is no confirmation.

Nonetheless, it can be a great addition to future game reveal events, especially since we heard that E3 will start again in 2023, so we might hear more news on this there. Granted there is a long time until then, but we can direct our gazes on what we are getting on our plates in less than a week.

Tune in to the Xbox Games Showcase Extended for new trailers, deeper looks into the news from Xbox & Bethesda Games Showcase, and speak with some of your favorite game developers: https://t.co/2GwcPyWc23 pic.twitter.com/jVmcpvDXiu

Xbox extended their original showcase and delayed it to the 14th of June. Still, nobody is mad because we are getting 90 minutes of exclusive game reveals, and I don’t know if we are ready for that because the PlayStation’s State of Play has already hyped us to our limits.

Proceeding back to the topic at hand, Microsoft’s latest game might be the next big thing; other than that, we can’t guarantee anything, so leave your speculations down below, and we will get back at you!