Genshin Impact needs no introduction; it is one of the most popular games. It attracts players of all ages and has unique gameplay to keep players engaged. Aside from the usual controversy miHoYo gets, Genshin Impact is better than most gacha games.

We have previously talked about the tons of leaked content coming in the Genshin Impact Sumeru update, but now we have more juicy details. There have been beta changes, character leaks, and some exciting details in Sumeru. Let’s go through them one by one.

Most of these changes are text changes. They remove confusion regarding specific translations and add clarity.

Some more minor changes include the names of the following:

Old Elemental Skill Text – A Vijnana-Khanda Field that sends opponents within it spiraling into confusion.

New Passive 2 – For every point of Elemental Mastery Tighnari possesses, his Charged Attack and Fashioner’s Tanglevine Shaft DMG are increased by 0.08%. The maximum DMG Bonus obtained this way is 80%. (Previous values were 0.05% and 50%)

The Fatui will now play a big role as we move forward. It won’t be a simple “oh look, another Fatui”, as they will now get their theme music and a new domain. The domain will have snow or white fog, and the music will play in the background.

The speculation is that we will see Dottore, one of the Harbingers, in Sumeru. We saw him in the trailer near a burning tree, so he is likely the new enemy looking for Gnosis.

One major landscape which we all should look out for is this Giant Ruin Guard. The guard is not hostile; it is now part of the scenery. We might explore it in a world quest on how it came here. We know Ruin Guards carry some significance in the lore, so it should be interesting.

The interior of the Ruin Guard has a lot of detail, making it more likely to be part of a quest. There may also be some challenges and puzzles, so be on the lookout.

This might be the biggest news for Scaramouche simps. We know that the delusions cause some characters to wield more than one element. Signora is Cryo/Pyro, and Childe is Hydro/Electro. Similarly, Scaramouche is rumored to be Anemo/Electro.

There is no evidence from the files to back it up, but we will likely not get that. miHoYo is fast at catching leakers, and this can cause a lot of people at risk.

Moreover, there is some sense to this leak because, as we know, Scaramouche is a puppet created by Raiden Shogun. It relates to two Japanese gods, Raijin and Fujin, the god of thunder (Raiden) and the god of wind (Scaramouche). Take it with a grain of salt, as there are few patches before Scaramouche becomes a weekly boss.

His Skill cooldown is 9 seconds, and Burst cooldown is 15 seconds, with 60 energy costs. He won’t be an energy-hungry character unless miHoYo makes some changes.

Eremites are the new enemies that will act as Sumeru’s Bandits, similar to Treasure Hoarders. There will be typical female and male models and three elite enemies. The enemies will have elemental powers reflected in their weapons. These elements include Hydro, Cryo, and Electro.

Their design is very unique, and the weapons are also interestingly combined with their attire. These are your new targets for those who got bored of killing Fatuis and Treasure Hoarders. You can also see their attack animation and a very cool death animation in the video below.

The Seelie pet is given in the Lost Riches event. This event has occurred twice in the past and will come back for the third time in Sumeru. This time we will have the chance to get the Moss Seelie. 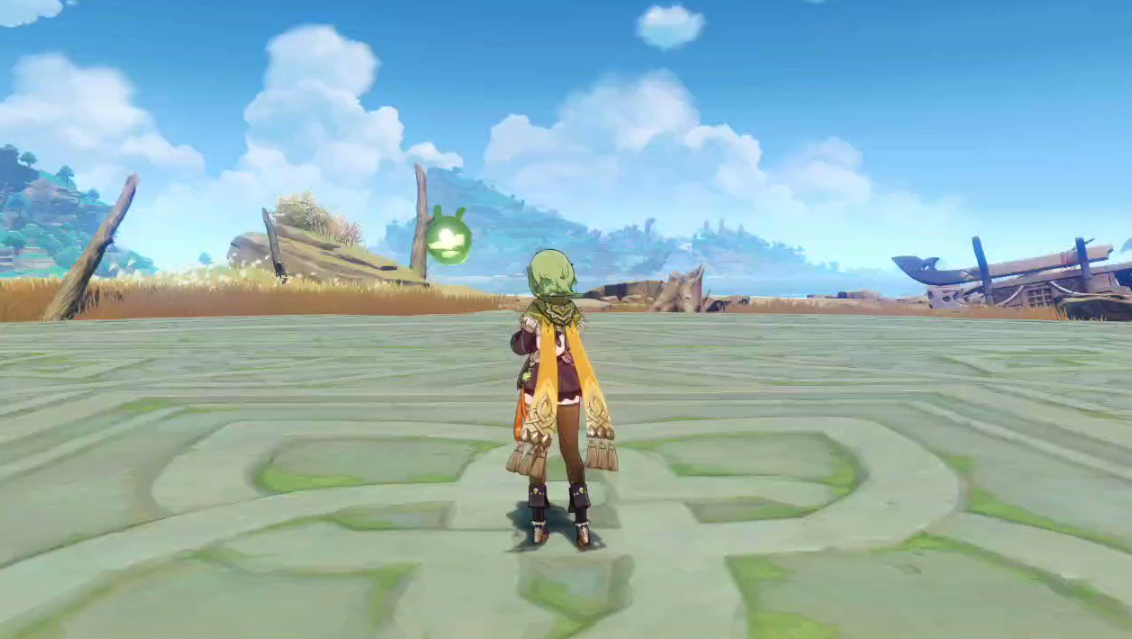 This Seelie will match Sumeru’s theme, and it has something special. The Seelie becomes happy when a tree is near. It is unclear whether it has a happy animation or if it glows in the presence of a tree. Nonetheless, it will be great for us Seelie lovers.

That’s right, Kavi and Candace are the new leaked characters; as of now, very little is known about them. So far, the only things we know are their lore and design. Any leaks regarding the kit are speculations, so take them with a grain of salt.

These two characters are in the same situation as Kuki Shinobu. They are both mentioned in text and lore, and it will take some time before anything solid is confirmed regarding their kit and gameplay.

There have been leaks of a Cryo Claymore character, and we hope that is Kavi. We have a Cryo Claymore, but Chongyun doesn’t fit the meta as a 4-star.

The taser team meta is one of the most popular meta in the game. The taser team will do the job better if an Abyss floor has many enemies. However, with the introduction of Dendro, the reactions might change in the meta.

The reaction used in this team is Catalyze. When Dendro or Electro hits a Catalyzed target, Spread/Aggravate will be triggered, dealing bonus damage. Combine that with the power of a VV Anemo Shredder, preferably Venti, Sucrose, or Kazuha. Heizou can also be used with the right support build team.

The DMG comparison of this team with the Hydro + Electro taser team depends on the scaling of the Dendro reactions. So, it might be perfect for you to save fragile resin to get those new artifacts coming to Sumeru.

We covered a lot so if you have any confusion, let us know below, and we will get back to you!